It must have been about six years ago, when my daughter, son-in-law and two granddaughters (at the time) were in Boston for a visit, and we found ourselves at the New England Aquarium.  I only had my phone with me, but I took some pictures, mostly of the smaller exhibits, filled with creatures who wouldn’t have survived in the big tank–colorful, smaller fish and creepily beautiful jellyfish.  The only jellyfish I was familiar with were the jellyfish of my childhood at Rockaway Beach or Jones Beach–round, transparent, seemingly slimy things, meant to be avoided.  But days later, flipping through my photos, I couldn’t help but be attracted to the colors, shapes and, particularly, the transparency of these denizens of the deep. 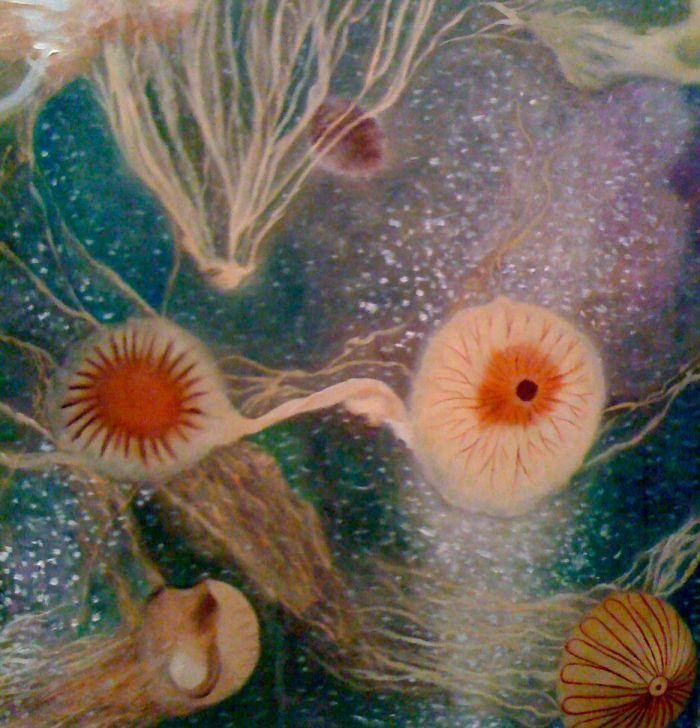